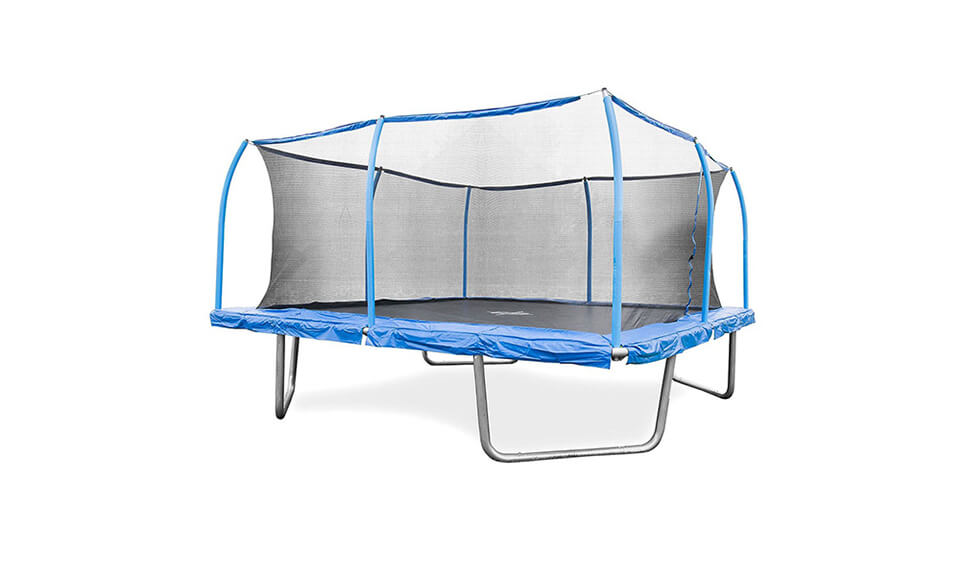 Those looking for a non-round trampoline are usually in for a ride. There’s not much to choose from and the trampolines are often not that great value. BouncePro saw the opportunity and offered this large 15 ft. square trampoline. Did they try to fit a square peg in a round hole, so to say? 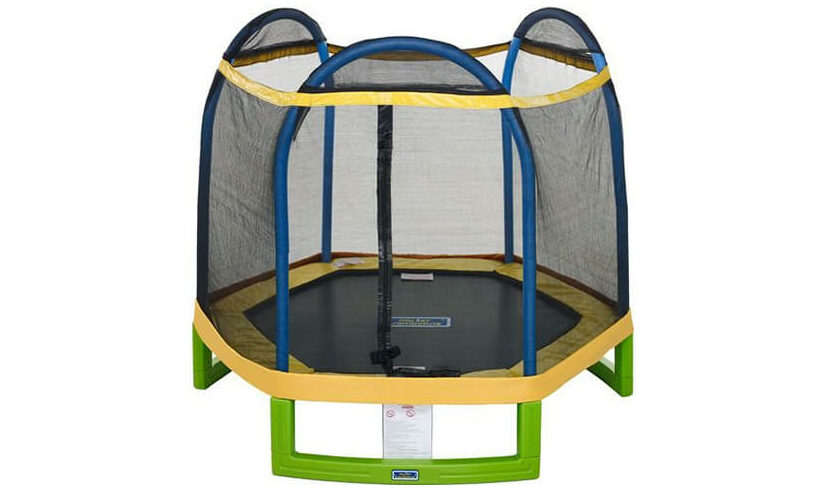 While plenty of trampolines are marked as children-safe, there is still nothing better than a trampoline dedicated for children. This trampoline is an enticing option, but is it good enough to let your kid hop around on it? You’ll find out soon enough… 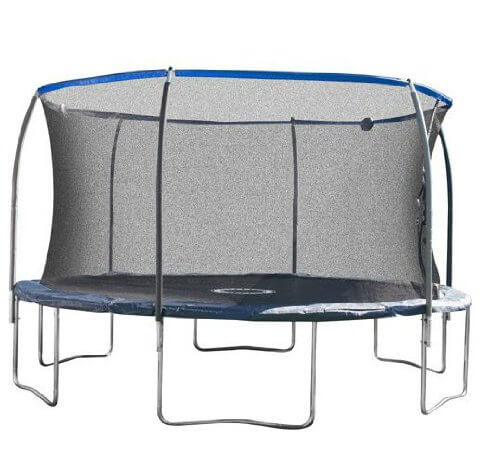 BouncePro 14ft round trampoline is a trampoline aiming mainly for children as potential jumpers. As previous BouncePro models were involved in recall issued by CPSC in 2012, BouncePro did a lot on improving new generation of trampoline with improved safety -together with correcting flaws and errors they have also presented new safety feature included called “Spinner Flash Litez” – spinning and flashing led lights which are attached underneath trampoline creating glowing center point. Not only